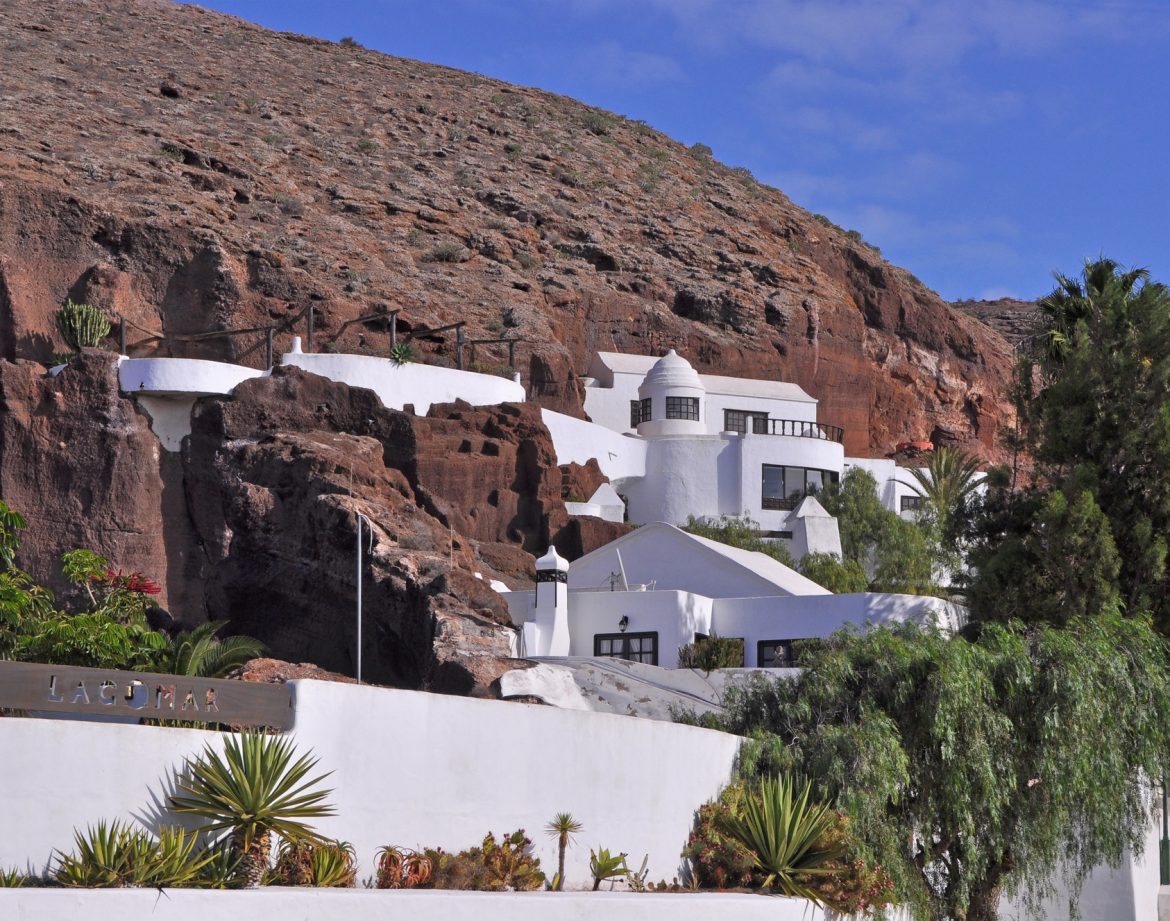 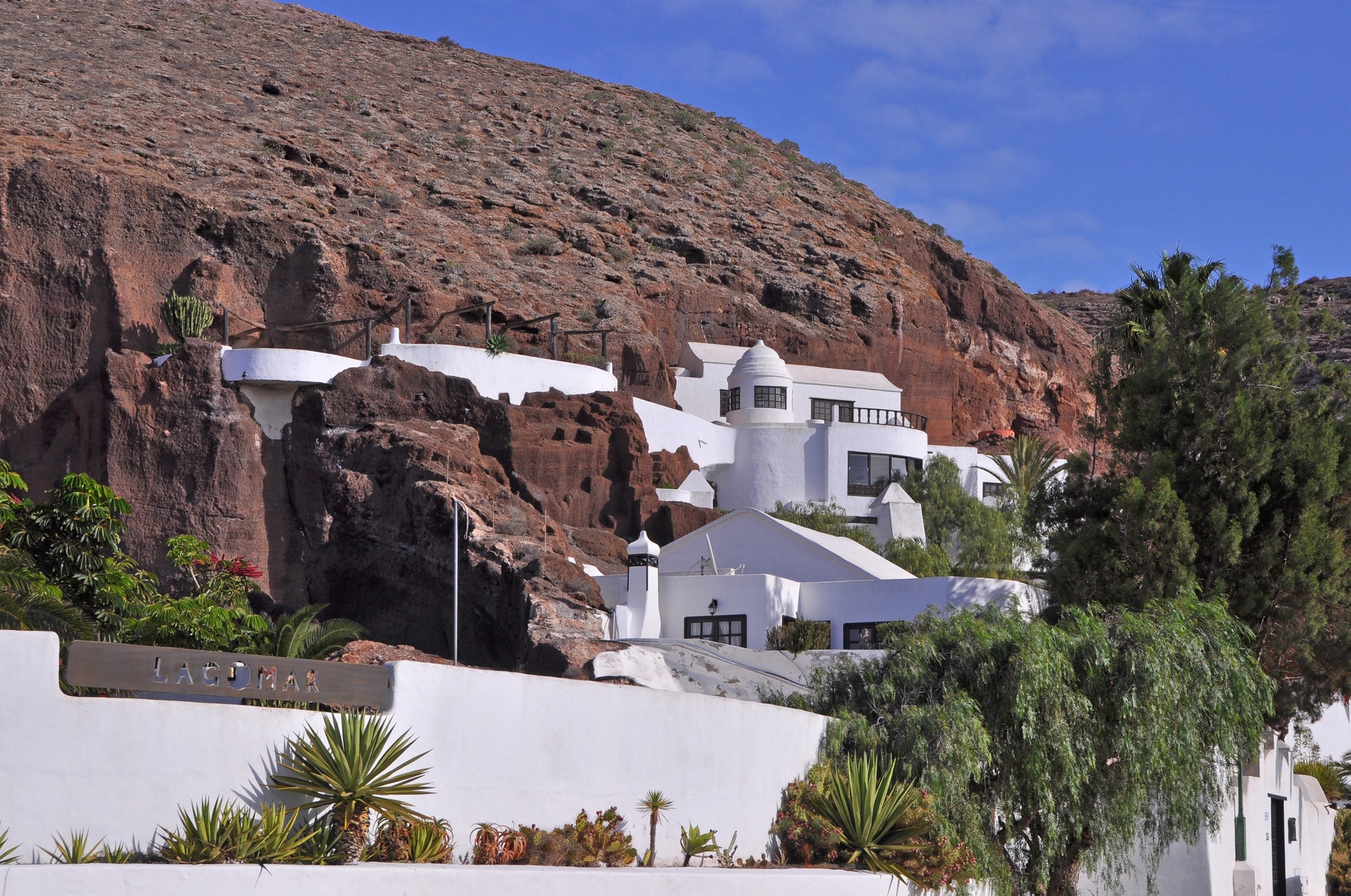 This incredible building was designed and built by artists and architects César Manrique and Jesús Soto.

It is actually built in and around a cliff of hardened lava rock, giving it a unique style and visual, explaining its unusual architecture featuring tube corridors and cave-like rooms.

The building had to be designed around the rock formation rather than the usual, rock cut out to match a design

In the museum, you can travel through the history of LagOmar’s design and development and learn about Omar Sharif and his legendary film career.

As a visitor to LagOmar, you can enjoy all of the unique and organic architecture, that is seamlessly integrated with the labyrinth of caves.

In the early 1970s actor Omar Sharif came to Lanzarote to film “The Mysterious Island”, which is where he visited LagOmar for the very first time,

Instantly he fell in love with it and bought it. Unfortunately Omar was not to be a property held by Omar for long

San Benady was a frequent visitor to the island and knowing Omar Sharif’s reputation as a card player challenged him to a game of Bridge. Sharif accepted the challenge, not realizing that Benady was also a champion Bridge player, overplayed his hand and allegedly lost the house. 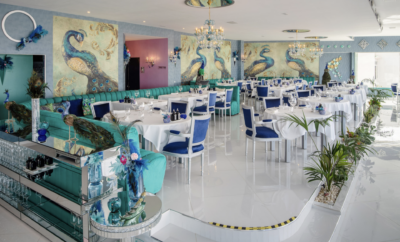 Serenity Restaurant and Gast...
Serenity is one of Lanzarotes most spectacular restaurants providing only the finest cuisine. offering spectacular views and providing a feeling ...
Nov 16, 2022 , 0